The switching equipment industry is growing and developing 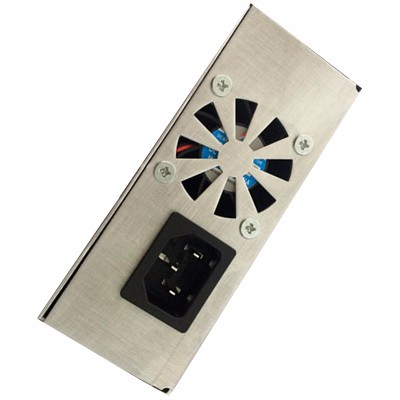 China has always attached importance to the construction of power points, and in recent years, it has gradually started the transformation of power grid, which has enabled the high growth momentum of the switching equipment industry to continue. In the early stage of the listed companies, the stock price adjustment is sufficient, currently or low suction long term good opportunities. The strong demand driving performance growth switch equipment company is now facing the impetus of new industry demand. Because our country always attach importance to the construction of the source, such as thermal power, hydropower, nuclear power construction scale of the growth has been higher than that of transmission and distribution, investment in 2010, for example, our hair, transport and distribution of 1-0. 63:0.36, this is far lower than the level of developed countries, the proportion of the United States is 0.43:0.7:1. The proportion of investment makes the transport and distribution efficiency is low, which affects the safety of power grid in our country. Therefore, China has stepped up investment in transmission and distribution network. In the 12th five-year plan period, the southern power grid will invest 227.9 billion yuan to build the power grid, while the state grid will invest 500 billion yuan. At the same time, the state will also step up efforts to transform rural power grids, with an additional 200 billion yuan expected to be added to rural power grid transformation in three years, according to industry sources. And the distribution network equipment mainly includes the switch equipment (such as the switch cabinet, the ring network cabinet, the switch equipment of the pillar, the complete equipment, etc.), the transformer equipment, the distribution network protection system. The increase of the country's investment in the distribution network means that the switch equipment stocks will usher in a new industry boom, and the performance of related listed companies will be stronger. This is also supported by the results of listed companies, such as xinlong electric appliance, sen yuan electric, dongyuan electric appliances, etc., which have the information of pre-growth. Moreover, thanks to the construction of the distribution network, the growth of related companies is expected to continue through 2013 and the next few years. In addition, the new products or accelerated growth of the company are also facing the new characteristics of industrial development. First, centralized procurement will benefit quality enterprises to improve market concentration. The data shows that there are over 200 production enterprises of 12KV switch. According to the electrical industry association, the 12 kv switches produced by the first eight production enterprises accounted for 32 of the market share. 40.5KV switch cabinet production enterprises have more than 100 enterprises, and the production scale of the first eight production enterprises occupy 45 of the market share. Thus, the market concentration is not high. But in recent years, the state grid and southern grid successively launched the power equipment of centralized bidding, the production scale of bidding enterprise, registered capital, technical strength, and even sources of raw materials and components are made specific requirements, this means that the complete assembly of small business alone and some of the electric power company's tertiary industry enterprises is difficult to enter the bidding system, is advantageous to the industry's leading enterprises, especially those who has landed the listed company of capital market. Judging from the bidding situation in 2011, the market concentration has also increased rapidly, and the winning bid of xinlong electric and other relevant companies shows this. The industry leader is expected to get more industry cake under the new bidding system, and its performance or the trend of accelerated improvement. Second, new products have sprung up. At present, the switching equipment industry is booming due to market demand, the capital strength has been increased rapidly, and the ability to launch new products has also been enhanced. At the same time, the state has increased the energy conservation and emission reduction industry and promoted the products of energy conservation and emission reduction in the distribution network. That makes this kind of have a more optimistic prospect of large-scale promotion of new products, such as permanent magnet vacuum switch, aeration tank, intelligent switchgear etc, provides a new growth opportunity for the related company. The growth stocks can be analyzed by the fund game model in the performance wave changyou, and recently there has been a significant investment in the switching equipment unit. And the current market report of the performance of the wave also appeared, with the performance of the long - end of the switch equipment stocks are also expected to swim in the annual report.